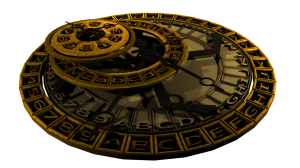 In the beginning was The Word, so it is said. It was the impetus for the creation of the 3D laboratory universe, we as human beings inhabit currently in all it’s complexified glories. Words define all the myriad collective and singular things we can perceive, states within the ranges of our various emotional equilibriums, actions within time, systems within systems. Combined in sequence these words become sentences capable of communicating the experiences, both ephemeral and physical of the 3D laboratory universe. As the sentence is an encapsulated description of a particular combinatory sequence of words, a paragraph is a combination of sentences encapsulating a category of experiential phenomena, a full unitary thought that paints a picture in it’s manner of construction.

The word, sentence and paragraph are all quite utilitarian tools for communicating with precision about experiential phenomena and proposed experiments or unique configurations of things whose combinations of functions produce a newer and more complex functionality. But what is a word and what makes it that word that it in actuality seems to be the best fit descriptor of the something it is a symbolic pointer to. Words as unique configurations and symbolic messengers are themselves composed of granular units, the letters that spell a word. These letters phonetics or phoneme are descriptors of subatomic interaction dynamics and angular momentum and are built into the universal quantum substrate on one level and the brain structure, mouth cavity, tongue and larnyx of human beings on another with the members of the various animal kingdoms possessing their own analogues of these faculties.

Each letter’s phoneme describes a subatomic dynamic which when strung together into sentence like structures can unlock the actual dynamic that the word is associating and elucidate the functionality of the words symbological connotations. When spelled out there are often letters appearing which have no audible enunciation in the pronouncing of the word such as the silent e in name or the silent g in right or light. This is because these dynamic forces then become modifiers of other dynamic forces or are intrinsic in understanding the functional dynamic symbology of words using silent letters. The following is a table of letters of the English language, the language of angle-o-phones, in their established and enumerated order and the subatomic dynamic expressed as an energetic function equivalent.

There is reason behind the ordering of the letters as there lurks within the alphabet’s enumeration and symbolic structure a mathematical relationship between all the members of the set. If this is so it should be able to be proven in a rudimentary bench experiment by conducting an operation on each of the letters and check the results based on 3D laboratory universe experiential phenomena. I would think the most rudimentary of operations would be the adding of the value of 1(one), which is the energetic of animation, to each of the letters and seeing if the energetic function descriptor of the next dynamic in the sequence holds equivalency.

If you animate animation you be, exist or command.

If you animate a command it is centered or received.

If you animate the center it diverges.

If you animate divergence it is energy.

If you animate energy that is force.

If you animate force that is generation.

If you animate generation that is each.

If you animate each that is self.

If you animate self you have the capacity to generate.

If you animate the capacity to generate you become kinetic.

If you animate kinetic that is light.

If you animate light that is a matrix or matter.

If you animate a matrix or matter that is next or nature.

If you animate next or nature that is a circle, origin or orifice.

If you animate the circle that is power.

If you animate power you are on a quest.

If you animate a quest you are in-tensed or tensed inwards.

If you animate in-tensity you are source.

If you animate source you integrate.

If you animate integration you become a receptacle.

If you animate a receptacle it vibrates.

If you animate vibration that is will, wow, to bend things.

If you animate will that is a crossing of force lines.

If you animate a crossing of force lines that is strength.

If you animate strength that is opposing forces negating each other.

Basically the structure is such that you can apply the principles behind this simple bench experiment using any of the letters to walk through the alphabet and derive the energetic function of the combination of any other two energetics. Just as in chemistry the compounds are composed of elements configured in specific formations, so too is the word composed of base elements that each have in their uncombined state their own set of functions. These elemental functions are subverted in combination to the function of the compounded system which in turn these words become elements in sentences and sentences elements in paragraphs and paragraphs elements of chapters etc.

Leave a Reply to Christine Stephens